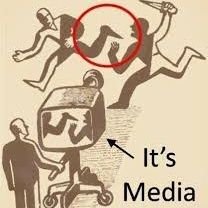 Media and entertainment plays a vital role in our life. They will make us laugh, cry, mad and overflow with mixed emotions but what I like most is they are my source of information. But what happen if media broadcast gone wrong?

Media has again created chaos in the way they deliver the news. While it is true that the Philippines did not undergo MASS TESTING neither any countries per say (In terms of terminology maybe) because no countries can afford MASS TESTING congruent with total population vs people tested.

Let’s put this context into numbers, eg; China’s population is over 1billion but they only tested at-least 11 million residents in Wuhan for second wave where the alleged coronavirus originated. Thus, mass testing is not the right terminology however acceptable because the testing was only done merely in a specific geographic location. Thus, media should instead use “Target Testing” to avoid confusion as why some countries can do “Mass testing” and the country like mine, Philippines – can’t?!

I myself got disappointed with the Philippine government as why “mass testing” is not their priority the fact it’s one way to fight the enemy, but I was wrong. I am not convinced of the idea of not having MALASAKIT so I did my own research, in-fact, the government already had the Expanded Target Tests done. Approximately 3000 tests per day was accomplished starting April 2020 which targets 8000-1000 by the end of April 2020 and later the Inter-Agency Task Force (IATF) launched the TEST, TRACE, TREAT also known as T3 to significantly expand testing capacity and was released to press in 24th April 2020.

Sometimes, I just thought that media indirectly own our sanity. They can manipulate us, change our perception to certain issues to their advantage and can make or break the reputation of someone. I stopped criticizing rather started looking for truth and unbiased reporting. I will leave the judgment in your capable hands. Is our sanity still safe with Philippine Media?