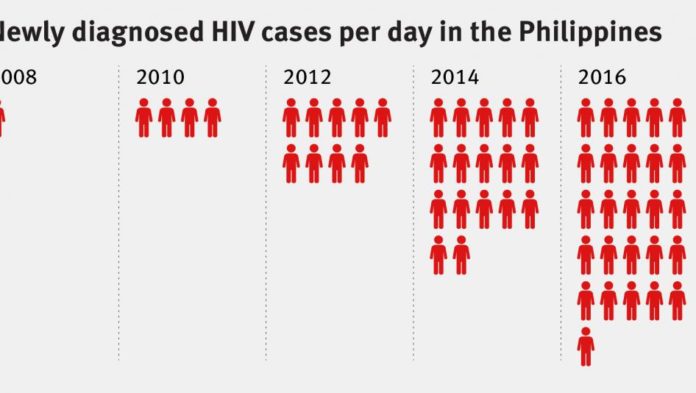 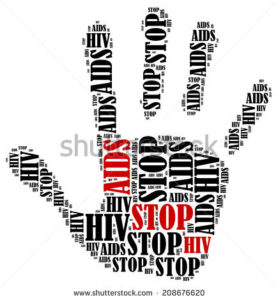 Private organizations and DOH, promoting HIV awareness campaign have cited fear of the increasing numbers of infected whilst is now on trial of Pre-Exposure Prophylaxis (PREP) distribution and it’s use of anti-HIV medication that keeps HIV negative people from being infected, however, is limited due to its downtime and limited source.

We are yet to end 2017 but record shows 29 persons is living HIV positive daily and will add more numbers if unprotected sex will continue to dominate lustful heed.

On the other hand, here are the list of cities and provinces with most numbers of HIV infected cases recorded. 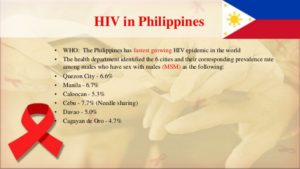